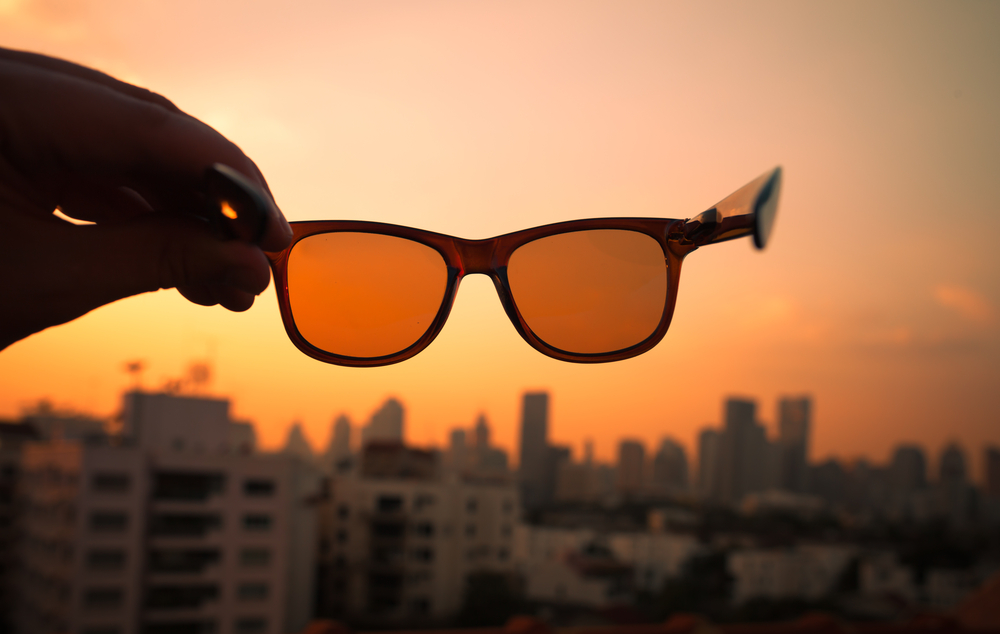 Melatonin is a hormone that is produced by our bodies that helps us to fall asleep every night. Studies have shown that certain colors that come from the screens of our many electronic devices actually stop the body from producing the amount of melatonin that we need each night. Blue lights in particular have the biggest effect on our production of melatonin, affecting not only the time it takes for us to sleep, but also the quality of the sleep that we have.

Although the best solution to this problem would be to avoid electronics that are brightly lit during the night, this is not always an option for many of us. Instead, a pair of orange tinted glasses can be purchased, which should be worn every evening for the few hours before you go to bed. Many studies have been carried out on this topic, trying to determine whether or not people that wear these orange-tinted glasses, also known as blue blockers, can fall asleep faster, and have a much deeper sleep.

Studies have been carried out on different groups of people, comparing the difference between those who wore glasses that only filtered out UV light, and those who wore amber-tinted glasses that filtered out blue light. The results showed that the group of people that wore the amber-tinted glasses for 3 hours before going to bed had their sleep quality greatly improved. The studies also showed that older adults seemed to be less affected by blue lights, because as our eyes age, they go through many changes, including the yellowing of the lens, and these manage to filter out more blue lights on their own.

In the daytime, blue light is absolutely fine. Our bodies are used to it as sunlight contains many different wavelengths of color, one of which is blue, so our brains are able to process this with no problems.

Many of our electronic devices, including smartphones and tablets, are lit by LEDs, which tend to produce more blue lights than other devices. It also doesn’t help that, unlike with televisions that are viewed from a further distance, we usually tend to look at our smartphones and tablets much more closely. Some devices that are not backlit, such as certain e-book readers, are much better to use in the evenings than a typical brightly lit screen.

When purchasing orange-tinted glasses, make sure that the pair that you are buying has been through enough testing, and has been proven to aid with sleep. You can also purchase filters, that can be placed over the screens of electronic devices to filter out blue lights. There are also certain apps that you can download for your devices, and these help to reduce the impact that the blue lights can have. It can also help to use a small screen rather than a large screen during the evenings, as well as dimming it and keeping it as far away from your eyes as possible. Try to reduce the amount of time that you spend looking at screens in the evening, because if you can look at your phone for 10 minutes rather than an hour, it will make a drastic difference.