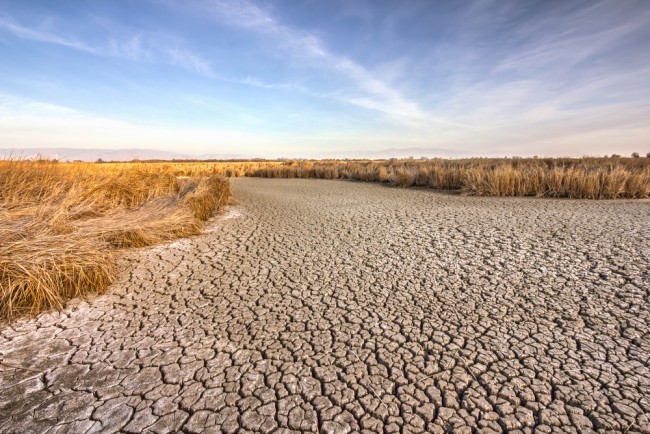 Anyone watching the news routinely knows that California has gained an additional reputation beyond a central area for sun and surf: that it seems to perpetually be on fire. There is no denying that California has been fighting severe drought for ages at this point and it is having a clear and devastating impact on the state. Multiple housing areas have been destroyed by flames, sections of protected wilderness, and sometimes it seems like no one will be surprised if the suburbs randomly burst into flames. There is a reason for this and OROGOLD would like to make sure you’re aware of the why of The Golden State’s habitual problem.

Not a Routine Drought
Most climates go through wet and dry portions of the year. This sometimes expands out to years depending on the particular cycle of a given climate. California is no different in this respect and the drought was initially an unpleasant, but mostly expected part of living in the area. The problem is that it has yet to end and there isn’t enough rain to even noticeably offset the problem anymore. It seems like the climate itself has turned its back on the state with the El Niño and La Niña not helping in the least. The length of the drought has gotten bad enough that much of California’s municipal water is beginning to be bought from neighboring states and shows no sign of stopping.

Why?
The simple yet not so simple answer to why a routine cycle seems to have spiraled out of control is climate change. Often characterized as “global warming”, it gets dismissed whenever there seems to be a cold front moving through. That’s not how climate works though. Average temperatures are rising, yes, but the most notable effects are that climate begin to destabilize and tend more towards extremes. The record highs and occasional record lows in recent years are both a result of climate change. California’s problems come from the diversity of its landscape. Many sections of California exists either in or on the border of more extreme climates. The destabilization is making the Californian climate tend more towards those rather than maintaining itself as people know of it.

Evidence
Many studies have been done on the effects of climate change, but a recent one concerned itself primarily with California. As expected, the study doesn’t fully point a finger at the drought as being caused solely by climate change. Climate change is making the issue significantly worse than it would otherwise have been. The researchers studying the shift in the climate have noted that this is a pattern expected with climate change and the issues are only going to get worse unless humanity as a whole changes their habits. On the positive side, some researchers suggest that the state will still get rain and there is likely to be some this year. This will mark a potentially permanent shift in California’s climate though and it will require adjustment from everyone.

California isn’t going anywhere anytime soon, but its troubles may have only just started. Climate change is an ongoing problem in many places, and California’s climate may only get drier as time goes by even as rain returns. There is plenty to see and do in the state still though. OROGOLD recommends that visitors to California remember their sunscreen and to ensure they get plenty of water. The increasingly dry climate of the state will otherwise dehydrate you and negatively impact your overall health.