The Reasons We Avoid Contagious People 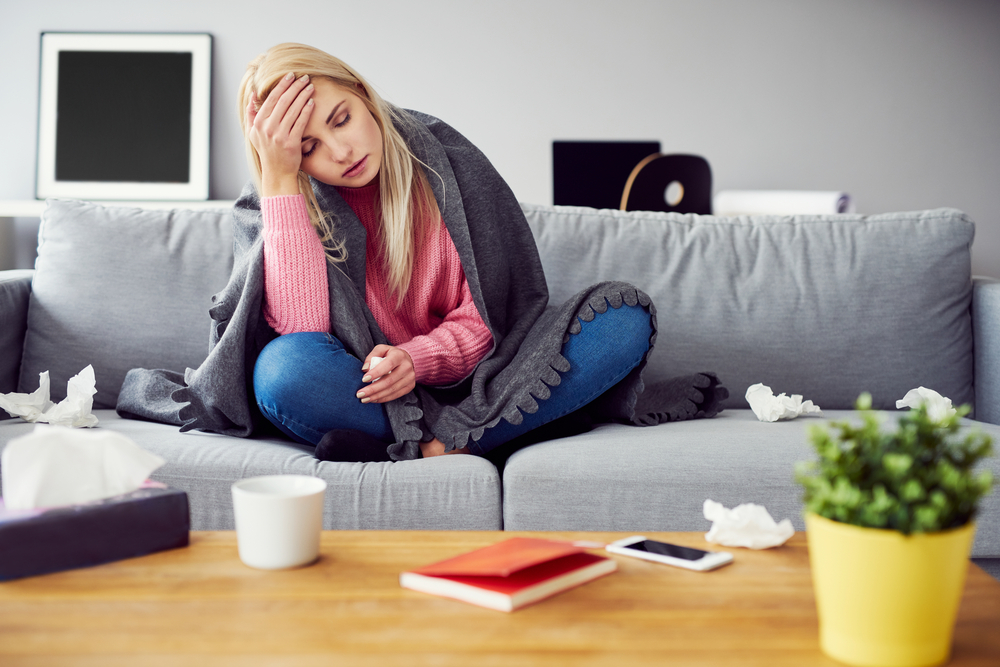 Word of mouth tends to spread when an illness is going around fairly effectively. After all, it is considered a bit of friendly advice to let people know that “so and so” is ill so that you know to keep your distance if one of you needs to deal with the other. No one likes being sick. That’s why most of us don’t have any hard feelings when we’re the subject of those warnings. It turns out that we may be getting a lot more cues than simple word of mouth though. The brain is a fantastic organ that manages so many things at once that we’re generally barely aware of even the most obvious things that it is doing. Studies have repeatedly shown that we literally know what we’re thinking before we know what we’re thinking consciously. All the observations we make constantly inform our behavior and some of them may tell us who to avoid.

Picking Up On Things
Think about all the obvious signs of illness that you can think of and keep those in mind. Most of us leap immediately to coughing, sneezing, and other loud signs of illness. They certainly make a show, yes, but there are plenty of subtle signs as well. Most of us, when we pause and think for a moment, will also start listing an unhealthy color about their skin, looking tired, and perhaps groaning or otherwise sharing more obvious pain as other signs. All of these are true, but we’re not very good at noticing them until they get very obvious. Amusingly enough, our brain picks up on these cues and others long before we do and starts to influence of behavior to keep up away from anyone who is showing signs of being sick. Your body’s first defense mechanisms against disease literally become minor tweaks to your behavior that make you avoid someone. Why though?

The Obvious
No one wants to get sick, of course, but that’s not the main reason. Your brain isn’t likely factoring in “I will feel bad” as part of its reasoning for avoiding people. It defaults to a much more primitive and formerly highly realistic assessment of the situation more akin to “Illness represents a clear danger to my life”. Consequently, you start backing away from and dealing less with people who are displaying signs of illness. These days the majority of us don’t need to worry as much about illness being a direct danger to our lives, but it doesn’t stop that immediate reaction from one’s brain. The impulse grows more and more powerful over time as the signs of illness steadily get stronger. Once we consciously notice the problem, that’s where the more overt and obvious avoidance kicks in and we start sharing the knowledge that someone is ill. Admittedly, researchers have found there are exceptions to this rule.

Empathy Override
It turns out that the internal rules we’ve been discussing actually only apply to people that we aren’t close with. Our minds actually give us the exact opposite reaction when it comes to people whom we share strong, positive emotional ties with. That’s actually why it often feels like an entirely natural reaction to try to look after the people we care about when they’re sick. Our minds find that more advantageous than simply avoiding and ignoring illness in those people. Consequently, we tend to fawn over and do everything we can for loved ones, family members, and close friends when their health fails them. This ultimately tells us that all of these reactions in the brain are likely directly connected to what your brain deems as beneficial to the overall survival of your genetics. Tending to offspring, spouses, family, and similar people ensure you continue even if the worst happens by comparison to tending to strangers.

These mental tendencies we’ve highlighted tend to be the base, instinctive reactions of our brains. They’re hard to track and it isn’t always easy to remain properly aware of how the behaviors we’re being inclined to are affecting our judgment. We don’t have to solely listen to them though. As ever, we can choose to be better than the basic impulses and make sure that we get medicine for a colleague or someone else that’s ill. The depths of your mind might not get it, but you will.

1 Response to "The Reasons We Avoid Contagious People"