Understanding How Grapefruit Interacts With Medications 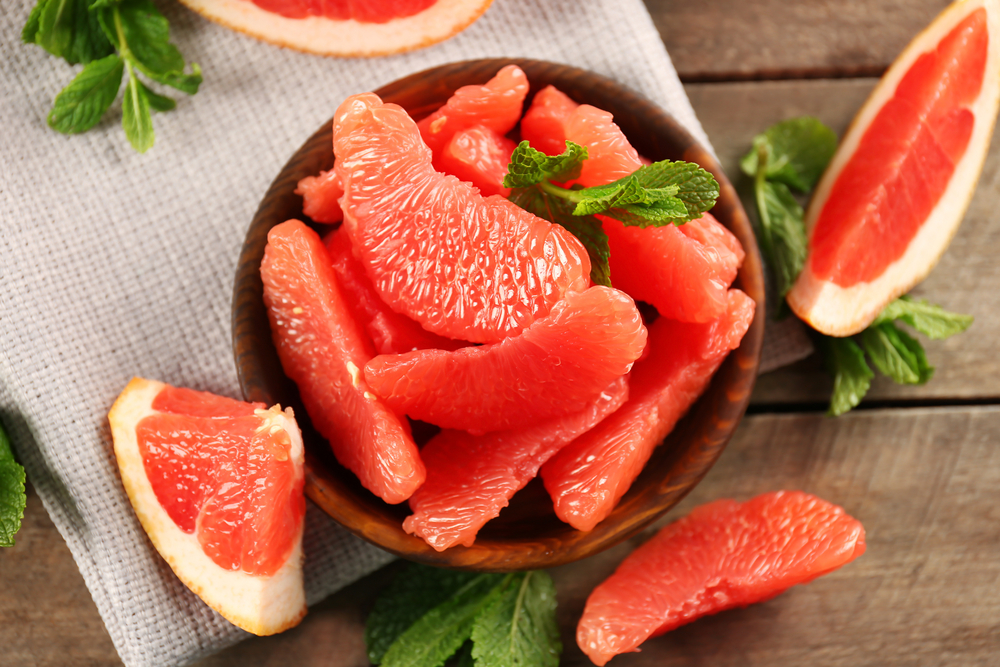 A large part of taking care of our health is being aware of things that might compromise it. Bad habits such as poor dietary choices and lack of exercise tend to figure prominently in lists of things that compromise our health. We eventually get wise and start to change our habits to create the circumstances that lead to better health. Our doctors help us figure out healthy patterns of exercise while we begin cleaning up our diets. Most of us eventually reach the idea of grapefruit being a decent breakfast or snack all on its own. The rest of us might hear about the health benefits of drinking the juice. These are seldom exaggerated. Grapefruit is rather good for your health in most cases, but there are exceptions to this rule as there are with all others. Some medications you might be taking have been known to interact poorly with grapefruit. We’re going to take a closer look at the how and the why of this problem so that we can all be better informed.

Why Grapefruit?
The seemingly random selection of a single citrus fruit can leave us wondering what on Earth it could be about the fruit that makes it fail to play nicely with certain medications. There’s nothing inherently toxic or wrong about grapefruit that the human body can’t handle under most circumstances. It is simply the unfortunate host of a certain class of organic compounds known as furanocoumarins. These, amusingly enough, are typically a form of defensive compound created by plants to help drive off animals that would eat them. In sufficient concentrations, they can be toxic to various animals, including humans. Under most circumstances the concentrations would never really be sufficient to harm a human. The problem is that they don’t have to directly hurt us. Furanocoumarins and a few others compounds in grapefruits disrupt how our body interacts with certain medications instead. This leads to a few potential situations where it isn’t these compounds that hurt us, but rather what they do to the medications.

Unpleasant Buildup
While there are several options, the most potentially problematic interaction is caused by the compounds in grapefruit juice making your body unable to metabolize specific drugs. This leads to the drugs floating around in your body and slowly adding up as you take more and more doses. All compounds, even vitamins and other vital nutrients, can be detrimental to your health when they reach sufficient concentrations. In essence, this slow buildup creates a situation where the sheer amount of a given drug in your body escalates to toxic levels in your blood until it begins to interrupt normal functions in the body. This in turn causes cascading negative effects that can either permanently or temporarily damage your overall health. While the effect alone is bad enough, there are still other ways in which the compounds in grapefruit juice can interact negatively with grapefruit juice. The next interactions are somewhat less dire, but still capable of causing pronounced issues.

Not Getting Enough
Sometimes the interaction between grapefruit and a medication simply leads to a lack. In essence, the furanocoumarins create a situation where you body is unable to actively absorb a medication. This is highly problematic because your body needs to be able to properly absorb any medication before it can actually be of any use. Most of the time this problem tends to be the worst for anyone on a long term medication that is necessary for the management of a health problem. It simply makes sure that the problem is being less managed and as a result is more likely to cause the person more problems. This overall problem does take another form though. Some drugs actually need to become integrated into a metabolism to even become the appropriate drug. Any disruptions to your metabolic process caused by furanocoumarins will end up making sure that the drug never even exists in your body in the first place. Overall, this potentially makes grapefruit a particularly troublesome food for some of us.

Before you start to worry, most drugs that interact with grapefruit juice are clearly labeled as such and your doctor will give you a warning about them when prescribing them. This substantially lowers the risk of experiencing any issues from the interactions. Additionally, only specific drugs tend to be affected by this interaction. Talk to your doctor or pharmacist if you’re worried and they’ll be able to help settle your nerves with regards to this problem.