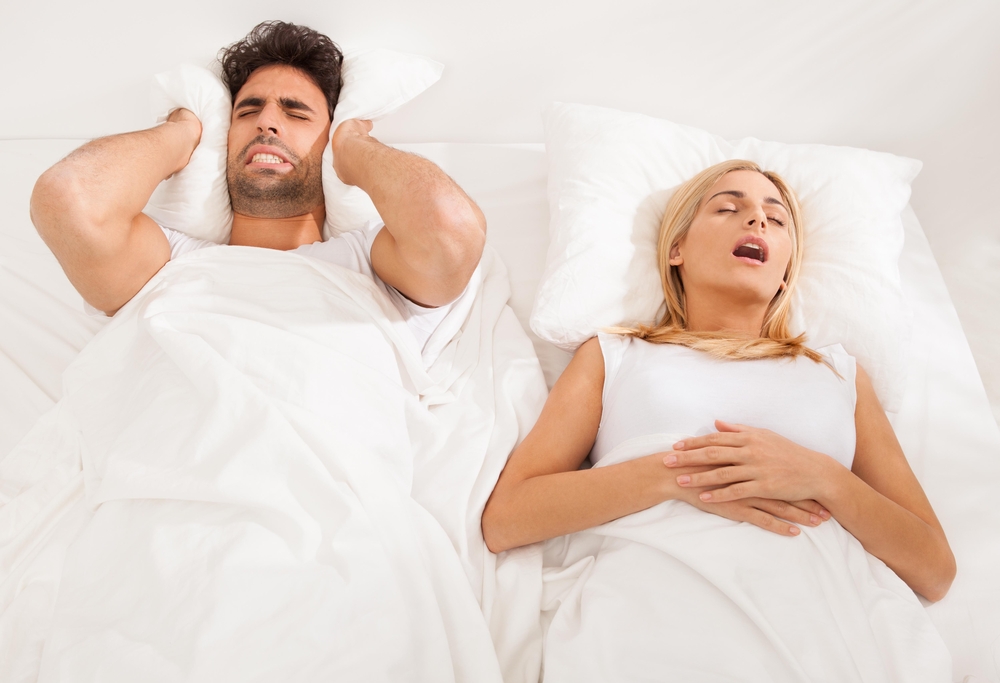 Most people never really think about what happens when they go to sleep. After all, you’re passed out cold and entirely unaware of the world. What’s to fuss about? When you’re sleeping often seems like the only time of the day where you don’t need to worry about something. There may be something going on that you don’t know about though. Sleep apnea has sometimes been claimed to be a hidden health crisis in the United States that is causing more issues than anyone knows. This sleep disorder can cause various negative effects that impact our broader lives without us ever actually being aware that anything is wrong. That’s not a good state of affairs for any health issue. A closer look at sleep apnea is warranted to help us all safeguard our own health and the health of those that we care about. We’ll begin with a look into what the disorder is and its symptoms so that you have a clear idea of what you’re looking for and move on from there.

Defining A Problem
As a sleep disorder, it can sometimes be hard to figure out sleep apnea is even happening apart from the secondary effects we can notice while we’re awake. The disorder is, in essence, difficulty breathing while you sleep. It is defined as a disorder wherein, for one reason or another, you stop breathing for a short amount of time in your sleep. The reasons are different depending on the individual, but one form, obstructive sleep apnea, is more common than the rest and tends to result from parts of your own body accidentally restricting air flow until your brain notices and gives your muscles a brief jolt to get them working correctly again. Sometimes sleep apnea is caused by nothing short of a glitch in your nervous system. Both of these kinds of sleep apnea result in the same effects and can end up making your waking life that much harder. It can also make getting a good night’s rest difficult for your partner.

Looking for Symptoms
Loud, chronic, disruptive snoring is very common for people with sleep apnea. If your partner has repeatedly told you that you wake them up with your snoring, then you probably want to talk to your doctor about it anyway. This is especially true if over-the-counter treatments do nothing to stop the snoring. You can notice symptoms of sleep apnea without having a partner though. People with sleep apnea have difficulty staying alert throughout the day. This is often paired with fatigue and feeling the need to sleep frequently throughout the day. These impacts on cognition worsen the longer ones deals with unaddressed sleep apnea. There is an emotional cost to it as well as the decreased ability to function as well. It increases your overall irritability and makes it more difficult to deal with others. The strain from low quality risk likewise acts as a risk factor for various major long term illnesses as well.

Treating Sleep Apnea
If you suspect you might be dealing with sleep apnea, you can ask to be screen by your doctor. Sleep apnea will be treated according to its severity after diagnosis. In some cases, mild sleep apnea can be treated simply by lifestyle changes as being overweight is a risk factor when it comes to the disorder. However, more severe cases of sleep apnea require obvious intervention. Mild to moderate sleep apnea is sometimes treated with various devices that can help minimize physical obstruction of the airway during sleep. Severe sleep apnea and the sleep apnea related to the nervous system can often demand direct surgical intervention or a specific device. Surgical interventions help by adjusting the offending areas that lead to the disorder to avoid obstructing airflow during sleep. A continuous positive airway pressure (CPAP) machine is more common though. These devices stimulate and maintain airflow during sleep and prevent obstruction, but are not always well received by patients.

Sleep apnea is a problem that more people need to know about. The potential long term effects of unaddressed sleep apnea are too severe to be ignorant of the condition. When combined with the rising weight problems in the United States, it only makes good sense to talk to your doctor about being screened for sleep apnea if you’re experiencing any of the symptoms we’ve discussed. That discussion might just improve your overall health.