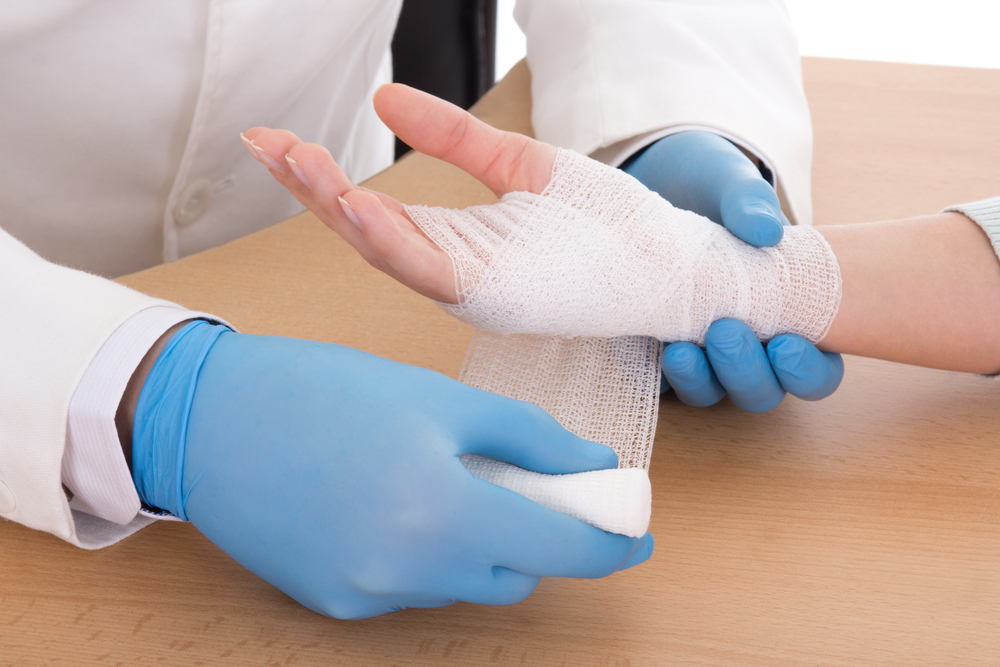 Chitosan, a popular natural polysaccharide, is used for a range of applications in the fields of medicine, water purification, cosmetics and agriculture. Ever since Chitosan was discovered about 200 years ago, it has also been used as a topical dressing for managing wounds because of its biodegradable, antimicrobial, nontoxic, healing and hemostatic properties.

Wound pads that were used as dressings for dry wound care were considered to be one of the major stepping stones from the non-wovens of yesterday to the advanced wound care techniques and technologies of today. The first major change came in the 1980s, when medical companies began to use wound pads that were made from non-wovens instead of using the knitted products that were used for ages. An antimicrobial finish was added to these wound pads in the 1990s. Of late, additions to wound pad programs include the inclusion of composite fibrous films and non-wovens that have been approved by the Food and Drug Administration of USA for transdermal uses. The transdermal to medication delivery is considered to be far more effective to the human body as it completely bypasses the metabolism of the human body.

OROGOLD reviews a study that was conducted to further determine the effects of Chitosan and its capabilities as a substitute for wound dressing. The researchers of this study used a  form of Chitosan that has been prepared from biopolymer chitin and cast it into the membranes. This was then used as a form of wound dressing for patients at skin graft donor sites. Bactigras, an impregnated tulle gras bandage, was used to control the entire process. Furthermore, the Chitosan membrane was prepared using a thickness of 10 microns and 75% degree of deacetylation. The progress made in terms of wound healing was splendid. Studies showed that the mesh membranes allowed blood to easily ooze into the gauze and also assist with reducing itching and pain sensitivity. Moreover, mesh membranes also showcased a positive effect in terms of the regeneration of the granular layer and re-epithelialization. These wondrous results confirmed that Chitodan mesh membranes had emerged as one of the best substitutes for wound dressing in humans

0 Responses to "Chitosan for wound care"