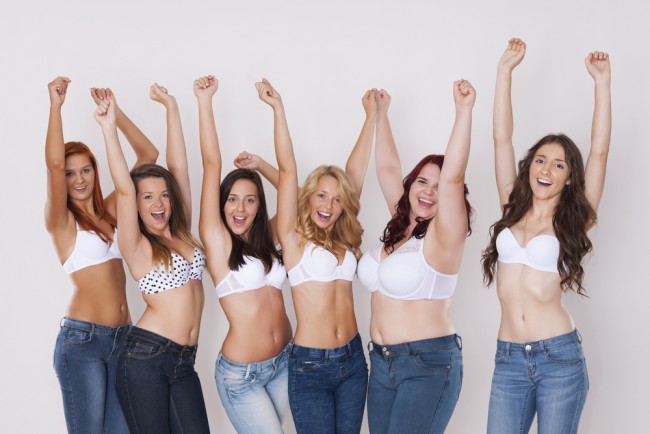 When it comes to the portrayal of women in the media, the images that we see are usually falsified in some way, and this has led to extremely unrealistic standards of beauty and body image. 11 years ago, cosmetics company Dove, who were searching for a way to revive their brand, decided to do something about this, and instructed their PR company to carry out a study on women’s priorities and interests. After discovering that only around 2% of women worldwide believed that they were beautiful, Dove decided that it was time to take a stand, and launched their Real Beauty campaign. OROGOLD takes a closer look at their campaign, and the effects that it has had, through the years.

The Dove Campaign for Real Beauty
The main initial aim of the Dove Campaign for Real Beauty was to start a conversation about body image, celebrating the physical differences between every woman and encouraging them to embrace their beauty and be confident in themselves. In addition to the campaign winning several awards and doubling Dove’s sales, it would seem as though it has also been able to start to shift the existing perceptions that women have about beauty. A psychologist from Harvard studied the campaign when it first started and compared it to results from later years, discovering that women were beginning to define beauty as more than just physical appearance, with confidence playing a bit role in it.

Real Beauty Campaign Videos
In order for their campaign to make a huge impact, Dove has produced a variety of campaign videos over the years. Real Curves was one of the first videos that was created in 2003, before the campaign even had its name, and showed curvy women wearing lingerie. In 2006, Dove launched their Evolution video, which is what started to gain them more attention. In just 60 seconds, the video showed the editing process on a photograph of a model, going from natural to retouched. This was followed up by more videos in later years, such as the Onslaught, showing a young girl insecure about her looks due to media images, Sketches, which quickly went viral, with a sketch artist contrasting how women describe themselves to how others would describe them, and Selfie, which focussed on beauty and social media.

Choose Beautiful
The most recent video from Dove’s Real Beauty campaign is titled Choose Beautiful, and shows women in five global cities choosing whether to enter a building through a door marked Average or the door marked Beautiful. The majority of women chose to walk through the Average door, but felt almost disappointed in themselves after making this choice, while the ones that chose the Beautiful door felt confident and proud. Although many applauded Dove for yet another video that encouraged women to actively embrace their beauty, there was also quite a strong backlash to it. Many have begun criticizing the campaign, calling it superficial and just a clever marketing attempt to sell more product, especially since Dove is owned by Unilever, who have no problem creating sexist beer adverts for men. Critics are also commenting on the fact that rather than their beauty study being based on science, it is, in fact, simply market research for their brand.

No matter what you may think about the Dove Campaign for Real Beauty, there is no denying that it has definitely worked in terms of starting a worldwide conversation about body image, and encouraging women to reconsider their perceptions of beauty. Whether it is simply a marketing tactic or something much larger and deeper, OROGOLD is grateful for the impact that it has already had, as we believe that every single woman deserves to feel beautiful.