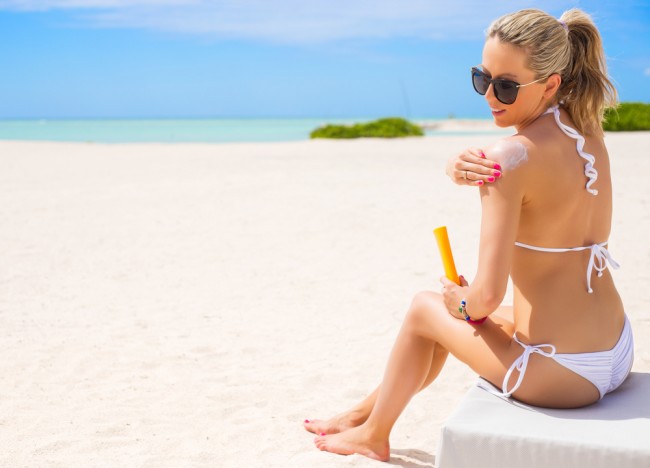 Although the importance of sun protection has been known for thousands of years, sunscreen as we know it is a surprisingly recent thing. The earliest synthetic sunscreens, dating back to the 1930s, were somewhat useful but still fairly primitive and ineffectual. Coincidentally, that’s exactly what people will say about the sun protection we use now.

The thing is, the sun is really, really bright. It gives off a huge amount of energy, including light on the ultraviolet (UV) spectrum which is what causes all the skin damage. There are two kinds of UV we have to worry about:

And that’s the big problem with current sunscreens. They offer great UVB protection but are much less effective against UVA. A lot of sunscreens also degrade under extensive exposure to sunlight and give off harmful byproducts in the process, meaning that it actually starts harming the skin if left on for too long. This makes them unsuitable for all-day, every-day use. A recent breakthrough, however, is suggesting a way to solve all these issues. The answer is red algae, one of the most UV-resistant organic things on earth. A red algae extract cream was found to offer a much wider spectrum of protection than most sunscreens, blocking both UVB and UVA. Even better, it was also has significant restorative effects, keeping the skin twice as tight as the best synthetic alternatives. It’s also suited to constant use, showing no downsides to repeated application.

There’s no way of overstating how much potential this development has. Red algae extract not only outperforms synthetic sunblock in every single way, but also introduces a new range of valuable benefits. Organic sun cream of this sort will most likely set a new industry standard within a few years, while UVA blockers in general could be the greatest breakthrough in anti-aging technology since the invention of moisturizer. Even without being in direct sunlight, the future of sunscreen is still bright.