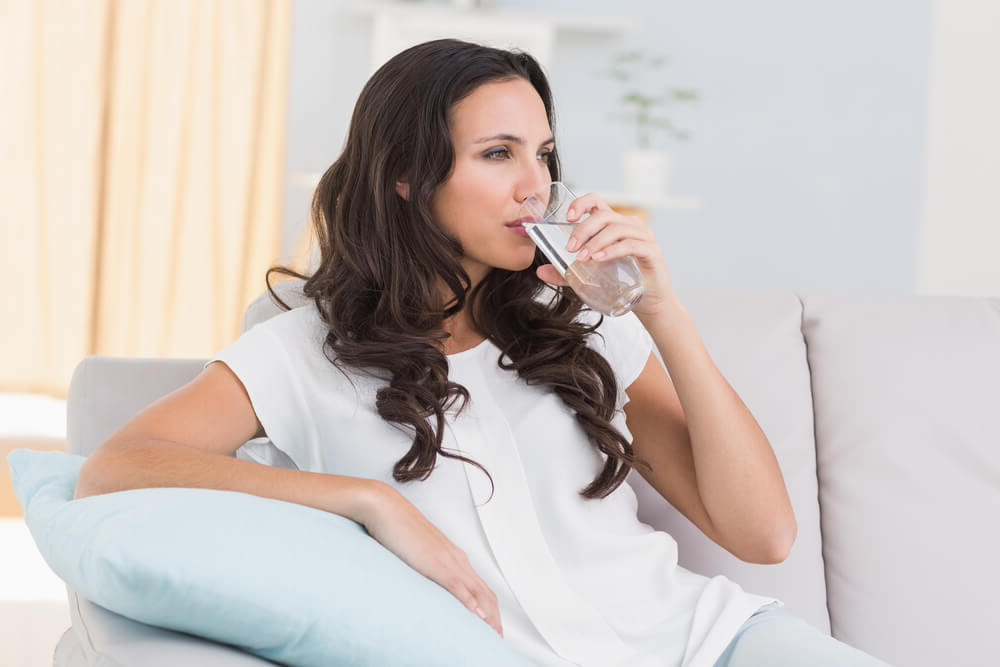 Water is fundamental to life. This is something we understand from a very early age when we start to get thirsty. Education reinforces the concept even further later. Unfortunately, water is very seldom the most appealing drink available to us. The comparatively tasteless drink can even end up feeling like a burden one has to drink for health in some cases. It doesn’t make sense that something so important should enjoy such a bad reputation as a beverage, but when you have a choice between something mostly without taste and something full of taste there is a certain bias. Sparkling water is one of our attempts to get past that problem. It gives a nice zest and refreshing sense to the water that is otherwise lacking. It isn’t necessarily the best for our health though. Let’s take a quick look at some of the reasons you might want to think twice before you have another glass of sparkling water.

Carbonation
The good news is that the carbonation that goes into making the water sparkling doesn’t really add anything else to the water. Consequently, pure sparkling water isn’t necessarily that bad for you. The main issue tends to simply be the carbonation itself. That refreshing fizz may feel nice going down and make it more appealing, but it falls into the same trap as every other carbonated beverage: carbon dioxide in the body. Drinking carbonated beverages has a potential impact on your overall health, but especially on your lung health. There is at least some evidence that implies regularly drinking carbonated beverages of any sort can actually impair how deep of a breath you can take and how long you can hold your breath. It isn’t necessarily the biggest concern for most of us, but it is worth keeping in mind if you’re prone to breathing issues. Carbonation isn’t the only source of concern when it comes to sparkling water either. You need to know what else is going in the drink.

The Extras
Most varieties of sparkling water end up having something extra added into it. What it is, depends on the variety. Sugar isn’t uncommon, but it is more often mineral content to add a degree of flavor to the water that it might otherwise lack. That’s why both tonic and seltzer water exist. They’re both sparkling water, but each one has a separate mixture of extra ingredients that go into them. These extras increase acidity in the drink, which can cause indigestion, or cause dental issues. The latter problem tends to be largely the domain of sparkling water that uses sugar though despite the popular misconception that carbonation is what can damage enamel. Overall, these issues are all still smaller than the same issues when measured against soft drinks. This is because there tends to be both more sugar and overall carbonation to affect the body. Sparkling water can actually be good for certain conditions when enjoyed responsibly.

A Little Help
Interestingly enough, the carbonation in sparkling water can actually help ease indigestion depending on the amount you have and the minerals in the drinks. It tends to be best used on mild indigestion though. The encouragement sparkling water provides to stay properly hydrated can lead to other benefits simply based on hydration too. Staying properly hydrated keeps your kidneys healthy and reduces your overall chances of getting kidney stones. Another benefit of good hydrated is healthier skin. Keeping your skin properly hydrated makes it both softer and more resilient to damage overall. You get to enjoy overall better digestive health this way too. Most people tend to experience less constipation when drinking enough water too. It is worth noting you can get these benefits from drinking plain water too. In this case, the carbonated water simply serves to ensure you’re drinking enough water.

Carbonated water isn’t necessarily the best thing for you. It necessarily ends up having additives that end up affecting how healthy it is for you. Different additives cause their own potential downsides. It is worth noting that sparkling water is still better for you than soft drinks. The fact that it is mostly water helps to ensure you’re overall better hydrated than you would otherwise be and thereby improves your health. However, you’ll always be best served in the long run by learning how to make the most of plain water.