Why You Shouldn’t Scratch That Bite 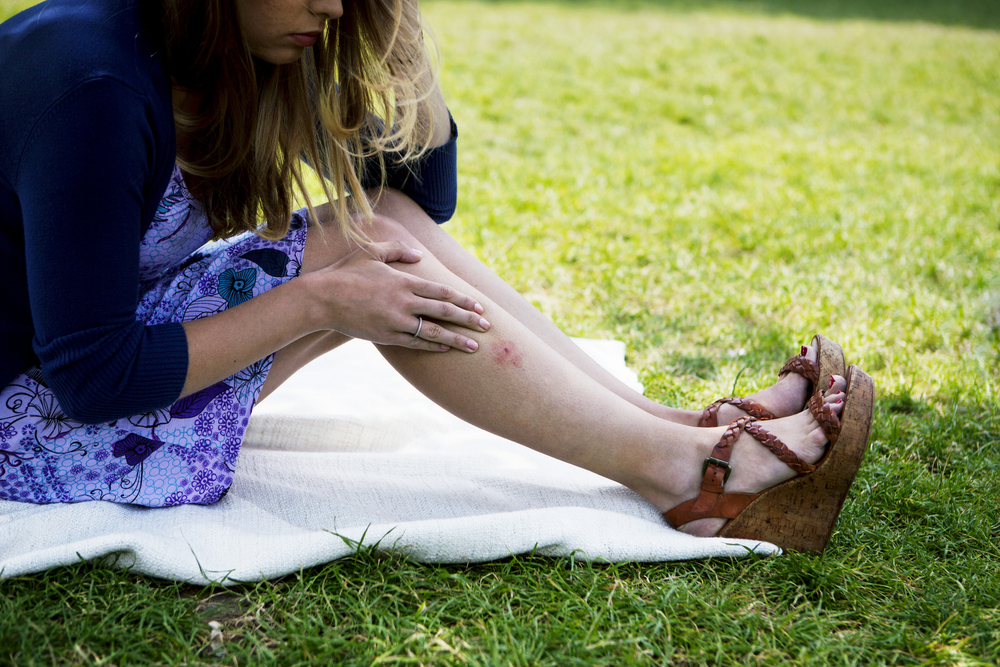 Bug bites are an annoying experience. They make even sitting in one place a taxing experience simply because the itch from the bite can rapidly become overwhelming. To make matters worse, we all know that there is seldom such a thing as a single bug bite. You end up being frustrated with yourself because you didn’t take extra precautions and wondering what exactly you need to do. Anti-itch ointments are good for at least a little while, but those never actually seem to last quite long enough. Water sometimes helps when you use it properly. The thing is you want to keep trying all these potential remedies as they’ll hopefully keep you from scratching that bite. Scratching doesn’t do you any favors and can actually lead to worse issues down the road if you’re not careful. It doesn’t take much to see why you shouldn’t scratch.

Making Things Worse
Scratching isn’t actually going to help you that much as not all of the reactions caused by the bite itself are actually the direct fault of the bite. Some of them are simply your body responding and sending cues that an area needs special attention to ensure it gets properly repaired. The inflammation serves a purpose, but the redness and swelling do tend to draw attention to the bite. It also typically makes them feel even less comfortable. The catch is that scratching isn’t going to make that any better. You can end up damaging the area around the bite and causing the inflammation to spread. You’re just going to feel more miserable than you already did at that point. Try to let your body do its job even if it is drawing more attention than you’d like to one of life’s little annoyances.

The Itchy Truth
A particularly bad part about scratching is that it seldom makes anything better. In truth, we typically feel pretty good while scratching the offending area, but once we stop it only gets that much worse again. We then begin to scratch again. This repeated on and off scratching wears away at our skin and can eventually open holes. We’ve all scratched until we’ve bled at least once in our lives. It didn’t really help at all, did it? It just made things worse to a degree as then you needed to figure out how to patch the scratch on top of the itch and that frequently just made things worse. Deep enough scratches can actually work against your skin’s overall appearance too. You can end up scratching so much you make permanent marks on your skin. That isn’t the worst part of this story, though.

Gaps in the Defenses
Your skin is your protector against so many things. It keeps your body insulated from various environmental factors all the while helping add an edge to your immune system with a personal biome full of bacteria that clean up any invaders that land on you. Opening holes in your skin will put a gap in all of that. It paves the way for things like infections. These, in turn, will just make the wound worse. You can end up with an even more lasting mark because you scratched too much and the bacteria that gets into the wound prevent it from healing cleanly. In worse cases, they can lead to the wound getting larger due to the infection hurting the surrounding area as well. That’s why you should always make sure you apply an antibiotic ointment to any scratch you give yourself from scratching. It will help your skin heal cleanly and keep things from getting any worse.

Don’t scratch that bite. There really is no way to stress this advice enough. Much like you should always remember your sunscreen, you need to do whatever it takes to avoid scratching a bite. The scratching is only a temporary relief and the potential costs involved are larger than just making the itching a little worse once you stop. Your risk permanent damage to your skin and infection if you don’t do your best to contain the impulse to scratch. Don’t punish yourself if you do find yourself scratching, though. Find an anti-itch product that works for you and keep it around the house. Your skin will thank you in the long run.