These Foods Are Negatively Linked To Heart Health 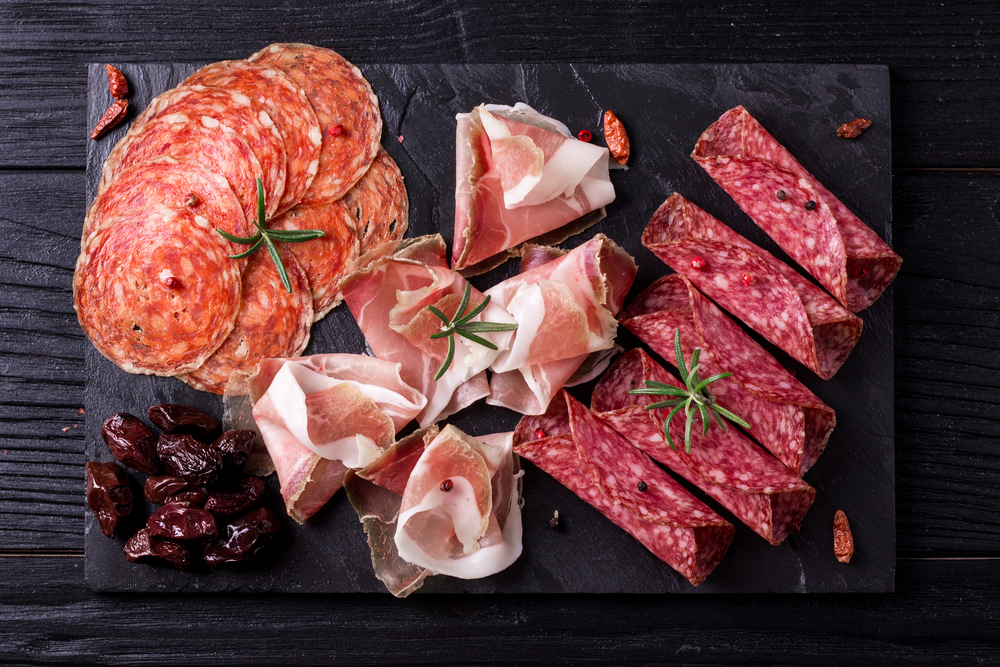 Taking care of ourselves involves adjusting various aspects of our lives to try to avoid the problems that bad habits can cause. We’ve all had or heard the talk about how we need to be mindful about what we eat or we’ll pay for it later. Typically this comes from a doctor or an older relative. It is easy enough to ignore these warnings when we’re younger and it seems like nothing can touch our health, but as we age we begin to recognize there was a wisdom in those words. The wrong foods can end up having a devastating impact on our health over time. This is particularly true when it comes to foods that actually increase the likelihood of heart disease. As a major cause of death in the United States and some other developed nations, heart disease is something we have to consider when planning out parts of our lives. We’re going to review some of the foods that tend to have the highest association with an increased risk to heart health. Brace yourself. There’s bad news ahead.

Bacon
While there may be no finer food than bacon in the eyes of many people, it turns out that bacon is also heavily associated with an increased risk to heart health. There are a few main risks here that we need to know as we look at the problem. The first problem is the potential level of processing that has gone into the bacon. Over-processed meat is seldom good for your health. This leads to potential issues on multiple levels where things simply aren’t playing nice with your body. However, the biggest risk tends to be from the sheer fat content of bacon. Most slices of bacon include their fair share of fat in each strip and that doesn’t do your body any good at all. The fats aren’t the healthy kind and as a result too much indulging can end up hurting your health. Both of these are compounded by the fact that red meat in general may contribute to poorer overall health due to messing with the concentration of particular kinds of bacteria in your gut. You don’t necessarily have to swear off bacon if you like it, but we suggest indulging irregularly and making sure you’re getting comparatively lean bacon.

Soft Drinks
Most of us leave regular consumption of these behind the older we get, but there is always something refreshing about a nice, cold soft drink now and again. The right flavor can be a mix of nostalgia and enjoyable all on its own. Unfortunately, those of us who kept up the habit of regularly drinking soft drinks are more likely to experience heart disease. The reason for this, much as with bacon, is more complex than a single factor. We can all guess the most readily apparent problem though. All those sugars have to go somewhere and the body tends to store all that excess energy as fat. As we carry more and more around, our chances of developing heart disease continually escalate. That’s why it is best when we focus on minimizing how much we drink and proper exercise. The other problem from soft drinks come from all those sugars leading to regular inflammation throughout the body. Chronic inflammation like this leads to an increased risk of heart disease.

Slices and Links
Bacon isn’t the only thing you have to worry about. Over-processed meats in general, as we highlighted earlier, are a potential danger to your health. Hot dogs are typically considered one of the most egregious offenders. They’ve been processed so much that they tend to have countless extra things in that that you don’t necessarily want. None of them are necessarily outright harmful, but overexposure to them appears to increase the risk of heart disease over time. Hot dogs aren’t the only culprits though. Sausages and in generally anything like the two tend to be potential sources of a problem if you’re overly fond of them. Lunch meats are on the list too. Overall, you just really want to avoid eating too much of any processed meat. This shouldn’t be too big of an issue if you’re trying to eat healthier overall though. The ideal diet tends to be heavier on fruits and vegetables with meat only used to accent the diet.

Heart health is an important part of caring for yourself. The downside is that learning to practice proper heart health does involve giving up or scaling back on a few things you might enjoy. It is entirely possible to do it though. Most of the foods we’ve covered tend to taste good because they have things our body wants from them. The downside is we get too much and things get thrown out of balance. Finding the right balance between taste and health will let you work toward a healthier life with time.