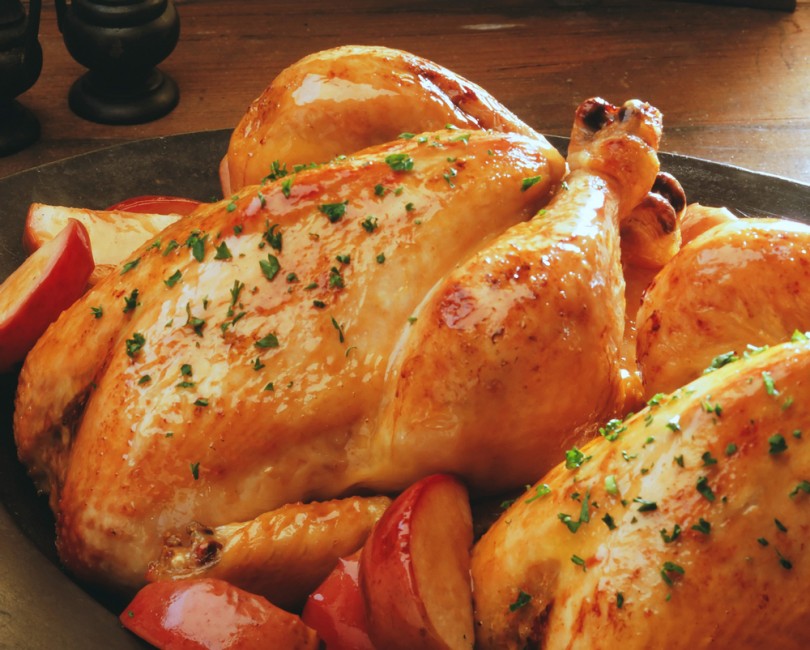 Brown algae is found all over the world, and comes in 1500-2000 different species, including seaweeds, many of which are eaten in countries worldwide, that come from the colder waters of the Northern Hemisphere. OROGOLD Cosmetics came across a study conducted by researchers in China which has discovered that by extracting the purified polymannuronate (PM) from brown algae, and putting this into the diet of broiler chickens, the meat that is produced is not only tastier, but also healthier.

Broiler chickens are a hybrid of the egg-laying chicken, and are bred specifically for meat-production purposes. Currently, over 90% of chicken breasts sold at grocery stores contain traces of bacteria. The new Chinese study has found that by including a derivative of brown algae in the diets of broiler chickens, there was a notable difference in the birds’ immune systems, antioxidant capacity and performance. They also discovered that adding PM to the diets resulted in a significant daily weight gain increase, something that broiler chicken breeders want.

The study was carried out over 42 days, with 540 one day old male broilers. They were all fed a meal diet of corn and soybean, but different groups of the birds had varying amounts of PM supplements added to their feed. In addition to the improved immune systems, scientists also discovered that when the chickens had PM added to their diets, cecal E. Coli significantly decreased, while there was an increase in lactic acid bacteria. This could have huge benefits to the quality of the meat that is currently available to consumers, as it would reduce the amount of bacteria in the chicken meat that was purchased. Food poisoning from chicken is extremely common, and this would help to lower the amount of people that are affected by this each year.

There have been studies carried out in the past that included seaweed, and even Norwegian kelp, in the diets of broiler chickens, but this had no effect on their growth rate. This could be due to many reasons, such as the purity of the seaweed extract used, the amount used and the specific seaweed species used.

The benefits that brown algae can have on broiler birds seem to be great, and this could have a huge impact on future meat production. Brown algae extracts are already being used in organic food production, as it is allowed to be used on farms as a fertilizer, and it is also used as an additive in organic food. Alginate, which is extracted from brown algae, absorbs water quickly, so is used to make many dehydrated weight loss products, as well as to thicken drinks and ice creams, as well as cosmetics. With this new discovery on how algae can benefit meat production, it is only a matter of time before more advantages of brown algae become apparent.