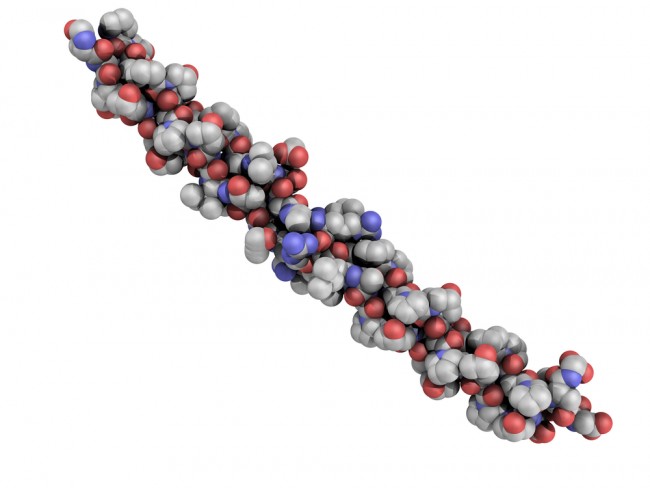 Collagen is the most abundant protein in our bodies, considered to be the substance that essentially holds our body together, and is found in many of our connective tissues, including our bones, cartilage, skin, gums and blood vessels. Here at OROGOLD, when we usually talk about collagen, it is in relation to skin care, since collagen is the protein that keeps our skin smooth and tight, while a decrease in collagen as we age results in loose, saggy skin. However, we have recently learned of a new amazing scientific discovery, related to collagen, that we are excited to share with you.

Scientists have been studying dinosaur fossils for years, but, after a new discovery, it turns out that they may have been studying them in the wrong way all this time. Two scientists at London’s Imperial College were studying human blood vessels, and wanted to further test out their findings, so requested some dinosaur fossils from the Natural History Museum. They received eight fossils, each believed to be around 75 million years old. After examining the fossils for months, the scientists had a lucky breakthrough when they turned up the magnification on their microscope and discovered a substance that looked like blood in the fossils.

At first, the scientists refused to believe that the blood had remained in the fossils all these years, but after proving that the fossils hadn’t been contaminated, and ruling out other external factors, they studied the blood further and discovered that it wasn’t blood from a mammal, and was more likely to be dinosaur blood. In addition to the blood, the pair also found the amino acids that make up collagen within the bone fragments, which could be used to identify unknown dinosaur species.

The eight fossils that the scientists were studying were quite poorly preserved compared to other fossils, making their discoveries even more surprising. This means that possibly every single fossil that scientists have studied over time also contain blood and traces of collagen, which could help to answer so many questions related to dinosaur evolution, behaviour, physiology, and could even mean that dinosaur DNA is still intact. This means that if every single fossil in the world is now re-examined, there could potentially be many ground-breaking discoveries to be had.

The pair of scientists are now going to be carrying out further studies on other fossils, to see if they really do all contain the same type of tissue preservation that had previously not been detected. Although now filled with a renewed sense of hope, the pair are careful not to be too optimistic, because even if DNA fragments are found, they are unlikely to be fully intact, limiting any further research. Nevertheless, it is still an exciting discovery, and OROGOLD is extremely excited to continue to follow the progression of the study.