Cryogenic Sleep and You 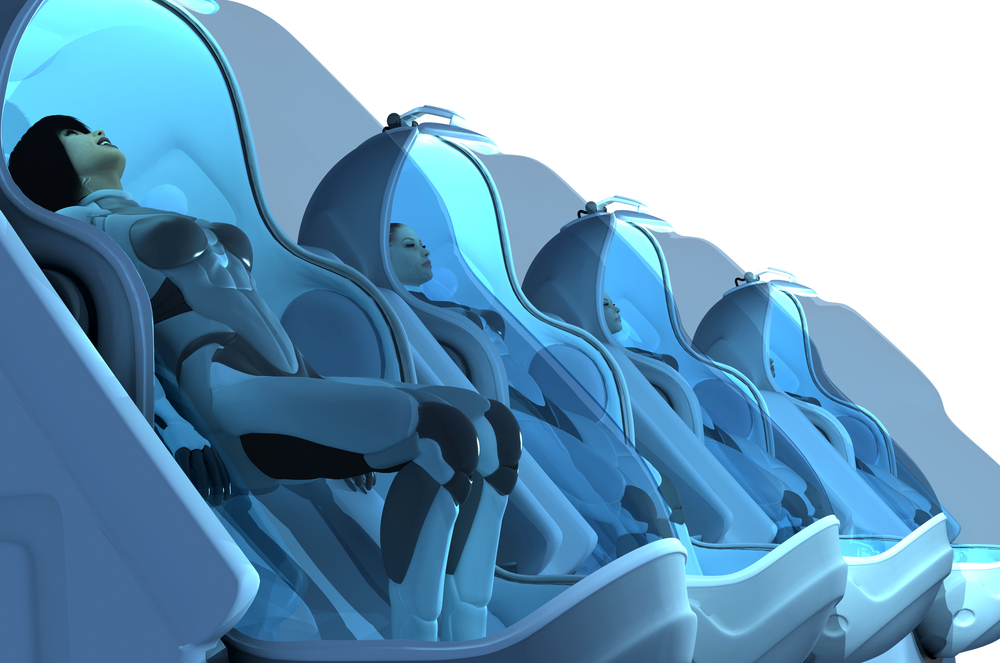 The idea of stasis is straight out of science fiction. Even early writers in the genre speculated on “long sleep” technologies being used to help people traverse vast interstellar distances. Others have speculated on the potential of being preserved in stasis when they have a terminal illness and being woken up once a cure has been discovered. Both of these are believed to be potential applications of cryogenic sleep in the long term. There are plenty of others as well. This sort of stasis would help extend lives and provide a way to keep people in critical condition alive long enough for life-saving treatments. Medically induced hypothermia is already something commonly done, but cryogenic sleep is seen as the next step. There are even people offering the chance at immortality today for the right price. This sort of timelessness is something in keeping with an active lifestyle, but you should be aware of a few things about cryogenic sleep before you consider buying a ticket to the future.

What It Means
Cryogenic sleep is generally pictured as someone getting into a tube that is rapidly filled with a mist that crystallizes and freezes the person in place. This sci-fi vision is quite far from the truth. The kind of technologies necessary for such a quick and instantaneous freeze don’t yet exist. There is also the small matter of such instant and total trauma to the body holding great potential for simply outright killing you. Most of the technologies involved in theoretical cryogenic sleep these days slowly lower body temperature in a controlled way. It helps the technicians in allowing them to carefully monitor a test subject’s vitals and helps the subjects by allowing their body to naturally drop into a lower energy state. It is currently vital to do this due to the impact severe cold has on the body over time. Current technologies also mean there is only a limited time the body can be kept at cold temperatures before it begins to permanently damage the body. This is a core problem with cryogenic sleep.

The Hard Limits?
Your body is meant to operate within a particular temperature range. Extreme cold, such as immersion in frigid water, can give people with a weakened vascular system a heart attack. Anyone not outright killed in this fashion risks the body’s cold shock response leading them to swallow icy water and beginning to drown. Assuming they manage to avoid these two problems, then you have only around thirty minutes left to live unless you’re rescued. Hypothermia will kill you after that point. Cryogenic sleep is built around figuring out the temperatures the body can be lowered to without killing it. The unfortunate truth is that that is far more difficult than it sounds. Overshooting the temperature and storing someone in cryogenic sleep that is too cold might not kill them outright, but it could result in massive tissue damage throughout the body and potentially including the brain. Some technologies are doing their best to find a way around this to avoid catastrophically lowering the body’s temperature by doing it in focused increments, but no viable technologies have appeared yet. Additionally, few larger organizations see merit in many cryogenic sleep proposals brought to them as they tend to largely be theoretical with no to-scale tests done on the technology’s viability.

Advancement is Difficult
The shyness of larger organizations is at once understandable, but also key to the seeming lack of broad study on the potential for cryogenic sleep. People are interested in it, but not too interested. Limited budgets for organizations like NASA also mean they must necessarily pick and choose when to spend their budget and favor solid technologies. Alcor, a company devoted to using cryogenics to extend life or preserve people, is one of the companies most keenly interested in solving the technical hurdles. They are also aware of the severe physiological problems when it comes to actually using cryogenic sleep and other forms of cryonics to preserve human tissue. In fact, Alcor offers preservation services to those interested, but makes it very clear that the company itself is hoping some future technology will be able to help restore cell damage done during cryogenic sleep and wake up their clients. Most advancements they can claim are preservation solutions that lead to less damage, but nothing dramatic.