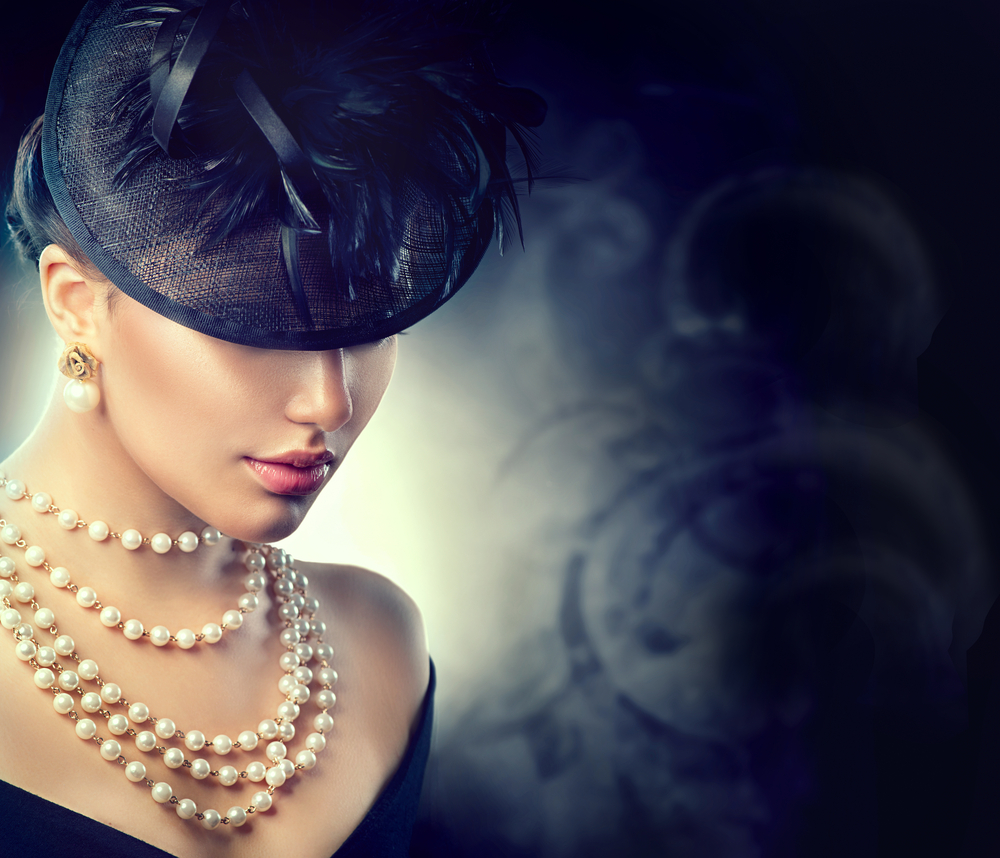 Pearls are a staple of the world of jewelry. They’ve been used for thousands of years and generally can be counted among heirlooms when the piece is particularly good. Despite this, pearl jewelry is actually often held to a less prominent standard amidst the various gems available to set in a piece of jewelry these days. Somehow pearls have lost a little bit of their historical luster. Why though? The beautiful sheen and shine of a perfectly rounded pearl remains a true piece of natural beauty. In an older time, even a single pearl would have been a ransom, but now…we’ve lost sight of the importance of the pearl. To gain a better understanding of the singular nature of pearls, we’re going to look into their long history with humans and see just what has changed over the years. Maybe you’ll have a better appreciation for them by the time we’re done.

A Rare Beauty
Pearls weren’t everywhere in the past. They were a rare and precious commodity brought up from the sea. These gems are formed when a piece of grit or something else enters the shell of a mollusc and it can’t be ejected. Instead the creature gradually deposits calcium carbonate around the irritant until it builds up in a sphere or another shape depending on the species and local conditions. Their overall rarity made them a surprise when they were recovered. It also meant that they were far harder to acquire. Rulers of countries would trade great sums to get even a single large pearl to add to jewelry or other adornment. It made a clear statement of one’s wealth and power. This is further accentuated by the fact that even the gods of various mythologies treated the gems as rare gifts to be given among the important. What changed though?

Cultivating Beauty
In truth, wild pearls remain highly prized and valued things even to this day. Nothing has ever changed their value. There have been things that changed the pearl market though. We learned how to cultivate pearls relatively reliably from freshwater molluscs using various methods. This has made acquiring pearls far easier than it used to be and is generally what most people will think of when they speak of pearls. Freshwater pearls are held to less value despite their beauty. Their ready ability to be made with enough know-how and skill does make them highly suitable for working into a larger amount of jewelry and clothing though as there is less risk of ruining and rare object. This ready usage of pearls means that we actually get to see more of the historic uses of a pearl in the present than anyone ever saw in the past.

The Shine of a Pearl
Pearls are most commonly used within decorative jewelry. The idea of the family pearls is so ingrained in Western culture that it has been commonly used throughout various genres of entertainment. Rings are also relatively common ways to set pearls as well. These are what we’re used to seeing, but they have been and are still used in clothing as well. Pearls used in clothing are more accents than anything and used to help complement the overall beauty of the design. Past cultures have used them more freely though and liberally sewn them into various articles of clothing as a show of wealth and importance. On top of this, pearls are also used in the construction of bits of furniture and other decorative yet functional pieces around the home. All of these uses have happened throughout history and continue forward to this day.

Pearls are a decorative gem of flexible use. They have been with humans for a long time and we’ve never lost sight of their beauty and potential. We may value them less than we once did thanks to the creation of pearl cultivation, but it isn’t enough to remember them mundane in our eyes. This is for the best. Remembering the beauty of a pearl is a good reminder that beauty can come from anywhere.