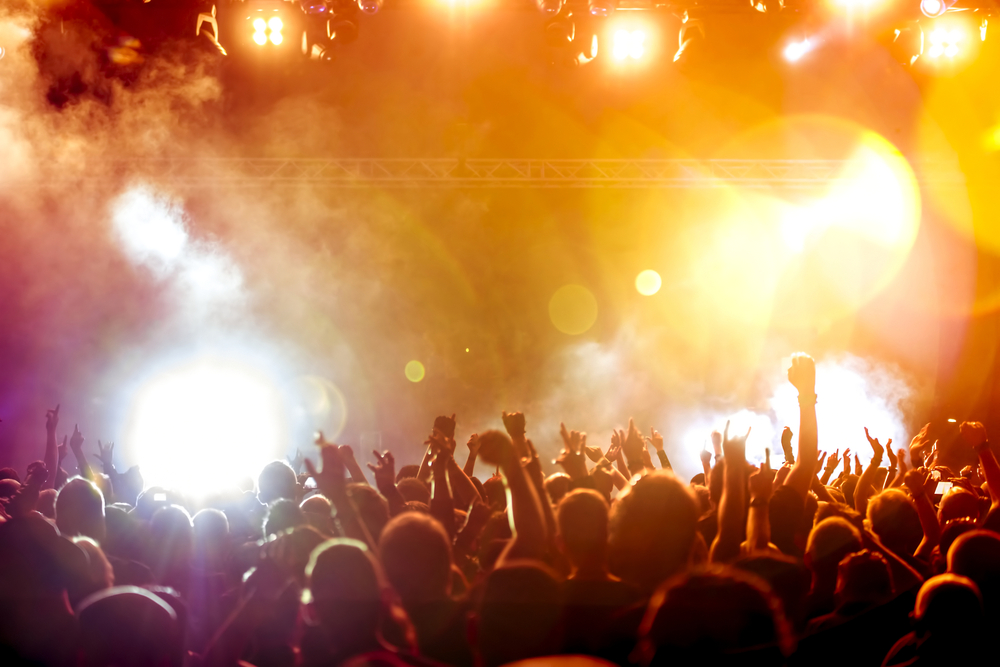 People have been people all across history. No matter what they did all day to ensure there was food to eat, they all wanted something to help them take their mind off the world for a little while. As a result, people have always needed entertainers. Every culture has long histories with entertainment. The epic Germanic cycles, Greek plays, Chinese poetry, and Native American music are only a handful of examples from across time. People have always wanted to be entertained. An in-depth discussion of the history of entertainment would take a lot of time, but OROGOLD would like to do a quick overview of the modern history of entertainment. Music, plays, and movies are the typical choices facing people in the modern world and every last one of them has its own story tell.

Music
There is no reliable way to truly put a starting date on when music first began. The Mel Brooks’ film “The History of the World Part II” provides a humorous attempt to explain the origins of music, but most researchers assume it likely came about from listening to the noises of the natural world and simply experimentation with our own voices. Music is an ever evolving mess of sound too. The past centuries have seen it explode into a myriad of forms all across the world as technology expanded the capabilities of artists. Where once people would go to an opera or listen to chamber music, they now go to a concert or a rave. None of these changes have ever killed off a form of music though. You can walk from a club to an opera house in the same city with little difficulty. Humanity has and always will love its music in all of its forms.

Theater
Greek plays are among the oldest plays known and continue to be performed to this day. People in the Western world are most familiar with the works of Shakespeare though. The playwright almost single-handily invented modern English with his propensity for inventing words and left a legacy of plays that continue to speak to people. Plays potentially rose out of oral tradition and an attempt to show stories rather than simply recite them. OROGOLD would like to note that this an interesting area of overlap as some methods of oral story-telling used lyrically worded stories that were the close relatives of songs. Only some of these remain preserved today. Regardless, plays did not stop with Shakespeare and many continue to be performed today. The popularity of musicals speaks to how the blending of plays and music provide a strong draw for people.

Movies
Movies used to be one of the most rapidly evolving forms of entertainment in the world. A variety of inventions we’d now consider early film cameras existed in for centuries, but were highly primitive and incapable of what would be necessary to create the modern movie. This started in the 1920s with European innovation and was taken over by Hollywood shortly thereafter as it became an international hub for movie making. They went from silent images with in-house musical accompaniment to silent films with recorded musical soundtracks to “talkies” all before the 1930s truly arrived. This is even entirely ignoring the invention of color film. Movies kept pushing technology to its limits and beyond. They remain one of the most popular forms of entertainment in the world as a result and show no signs of disappearing.

Music, theater, and movies are all crucial components to modern entertainment. In many ways, the first two have been with us as long as civilization and movies are simply their logical extension. Video games are currently becoming one of the other most enjoyed forms of entertainment in the world, and their development cycles and ups and downs rival even early Hollywood for the speed at which they seem to come. They’ll never kill the classics though and OROGOLD encourages you to take the time to enjoy a good bit of music the next time you need to relax while waiting for a product to sink in properly.