The Little Muscles That Make Goosebumps 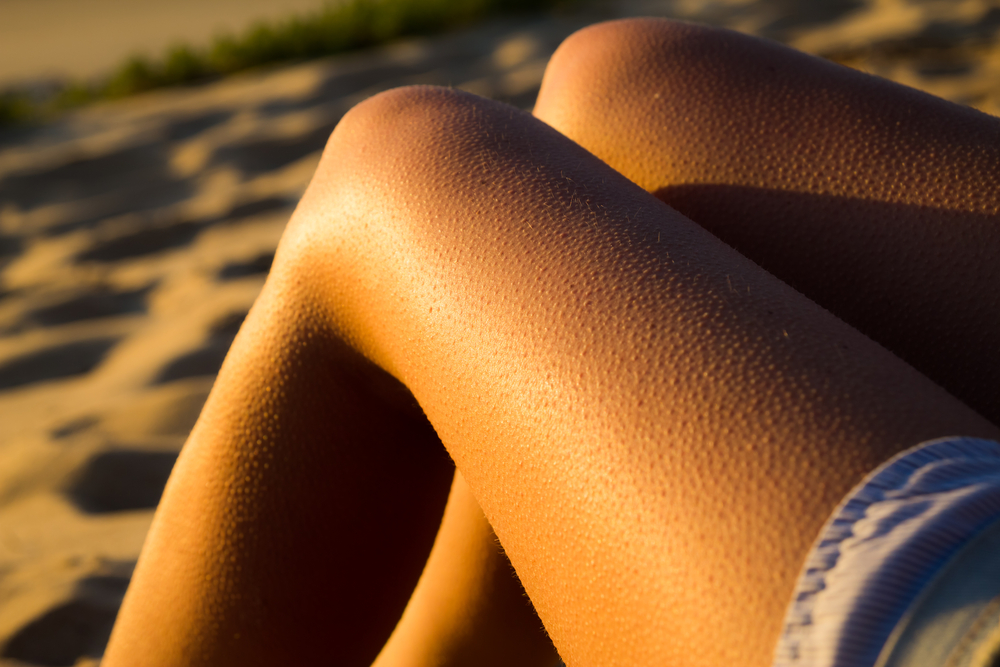 Ever wondered how you get goosebumps? Most of us know the “why” to one degree or another. We get spooked, our emotions run high, it is a bit cold, or something just feels like it reaches out and touches us. Goosebumps are a fairly universal human experience simply because they’re an automatic reaction that our body goes through in response to something. Understanding the why is interesting, but understanding the how will give you a better idea of how your body works. You can actually thank countless tiny muscles in your skin contracting. These muscles are known as the arrector pili. We’re not the only ones with them either. Various other members of the animal kingdom have them and end up responding fairly similarly to stimuli. But why? Let’s take a quick look into how we mammals function to get a clearer picture of the place of the arrector pili muscles in our body and those of other mammals.

How it Works
Contracting the muscles is a mostly involuntarily response. Most of us can’t really will it to happen the majority of the time. If you find a reliable trigger for it though, then you can likely make it happen on command. In essence, your body records a particular stimulus that would trigger the response. It reacts by sending a signal along your nerves to the muscles all along your skin. This triggers them to contract and create goosebumps. We don’t always notice that this is also pulling hairs erect at the same time. This is because the arrector pili are actually attached to multiple hair follicles. Why though? Even men’s body hair isn’t thick enough for this to do anything apparently useful. Understanding why we have this response will take delving into our much older family tree to understand by looking at other mammals.

You’ve Seen It
Most people have encountered an irritated or angry cat that just wants to be left alone. They arch their backs in an attempt to appear larger and puff out their fur. That trick where their fur puffs out is exactly what your body is trying to do when you get goosebumps in response to a strong emotion. Stress and fear are particularly common triggers as they activate your flight or fight response. Your body knows it needs to be ready and tries to give you every tool available to you. Unfortunately, that one isn’t all that your body expects anymore. Similarly, you get a response from the cold as other animals often puff their fur out to help add extra insulation to your body. All of these rely on fur or far thicker body hair than we have though. Other mammals still have what they need. So what good do goosebumps even do for us?

Too Much of Nothing
Unfortunately, we really don’t get much out of getting goosebumps beyond the rather interesting feeling of having them. The human body evolved along separate paths. Our own separation from other apes may be comparatively low, but they still have more fur and hair than we do. Interestingly enough though, goosebumps can play a role in helping track our health in a few select cases. Some forms of epilepsy and other brain conditions can all lead to frequent goosebumps with no discernible cause. Goosebumps are another one of evolution’s leftovers that turn up in our bodies and our behaviors from time to time. In some ways, that makes them more entertaining as every time you get goosebumps means that a mechanism it took countless ages to evolve keeps passing on even into present day. Your body is a piece of living evolutionary history.

Goosebumps aren’t always the most pleasant experience for us as triggering them from a positive response isn’t terribly common. Whether you’re cold or stressed, they appear in an attempt to provide you with benefits that you body really doesn’t have access to anymore. Your body will keep trying its best though despite this. So think of it as another reason to appreciate your body. It may be useless, but at least it can be entertaining occasionally.