The Truth About Jellyfish 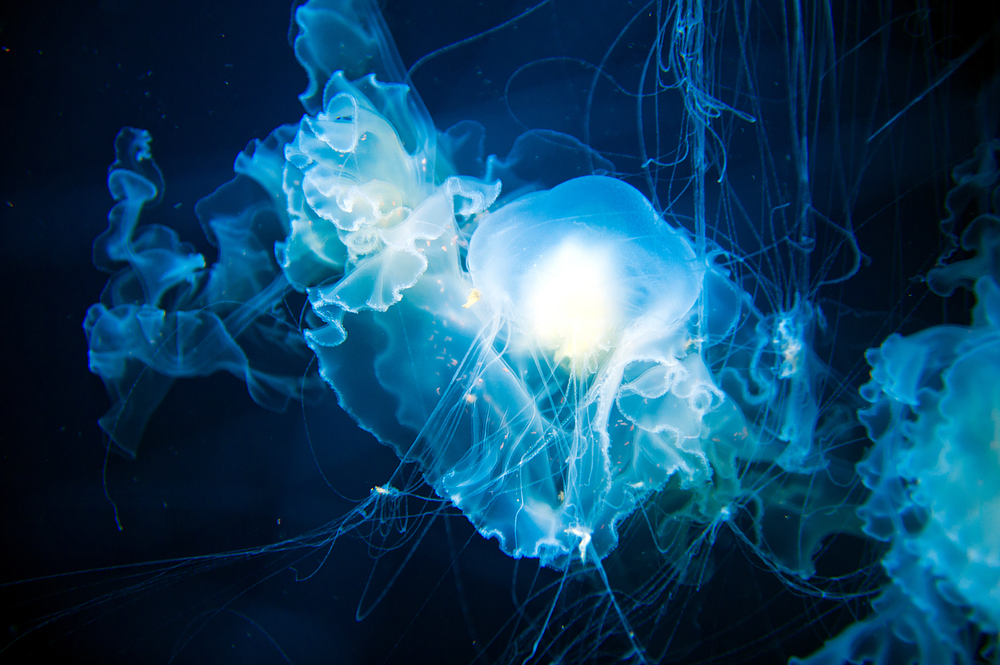 There are many beautiful and strange species within the ocean. Giant whales, countless species of fish, and more microorganisms than we can reasonably fathom are only some of the residents of the ocean. Many visually stunning species are found closer to the surface of the water, but some of the truly unique ones are found in deeper waters. Jellyfish are a broad collection of species that combine both these traits. Their odd structure and beautiful colors have fascinated people for ages. In many ways, the various species are one of the clear delights to going to an aquarium as you’ll see shifting colors and their unique form of movement. There seems to be almost nothing there in the case of many of the species, but the truth about jellyfish is that there is far more to them than anyone expects.

The Secrets of Immortality
As a whole, jellyfish tend to age like most forms of life. They are spawned, grow, spawn themselves, and then eventually die. Sometimes this all happens relatively quickly and leaves relatively little time in which people can observe them. Others have lifespans measured in years. These are the ones most of us are familiar with and most frequently see in aquariums. There are still yet rarer kinds of jellyfish out there that may be genuine immortals. Up to three known species may be immortal, but not necessarily in the way that you think. They don’t go on forever as adults. Particular events cause them to return to the equivalent of an infant state. These jellyfish then proceed to grow up again and return to their adult forms. Hypothetically this can continue on forever as long as they aren’t eaten by a predator. Not bad for such a seemingly simple creature.

A Stinging Sensation
Most people are acquainted with the idea that jellyfish are capable of stinging people on contact with their stingers. This is why we try to avoid them when we see them washed up on the beach. What not everyone knows is that the stings vary greatly in how noticeable and effective they are. Most jellyfish will give you a very unpleasant time from a sting. This makes sense given the stinging cells are what help capture their prey by paralyzing them with pain or outright killing them with the venom. Fortunately, humans are much harder to kill in most cases and all that needs to be dealt with is its potentially lingering pain. There are some species, such as the box jellyfish, that are known to have stings that are potentially lethal to humans. They can cause anaphylactic shock or other symptoms depending on the amount of exposure to stingers. Fortunately, these species are not the most common in the world and locations with higher numbers typically take steps to inform people the species might be out in the water.

Champion Swimmers
Jellyfish are also one of the most interesting swimmers in the animal kingdom. Their form of movement utilizes a two-stage form of swimming that utilizes both the force of ejecting water from within their body and the force of refilling it to propel them forward. Jellyfish have a very finely honed method of swimming that is among the best in the animal kingdom when it comes to the amount of energy it actually takes. Furthermore, this method of swimming actually helps them hunt as well. Constantly taking water in and expelling it actually draws potential prey animals closer to their tentacles and helps increase the likelihood that they’ll get a meal. It is hard to beat your method of travel being something that brings food to you too. Their seemingly simple design has been honed by nature for maximum effectiveness when it comes to survival at their level of the food chain.

Jellyfish are sometimes curiosities and other times terrors depending on the situation. Their body plans remain some of the most beautiful and eerie ones on Earth. It is little wonder that we can end up watching them for ages in an aquarium. There is something peaceful about them even as they represent a potential danger. Try not to forget that looks can be deceiving. Jellyfish are far more complicated than most people think.