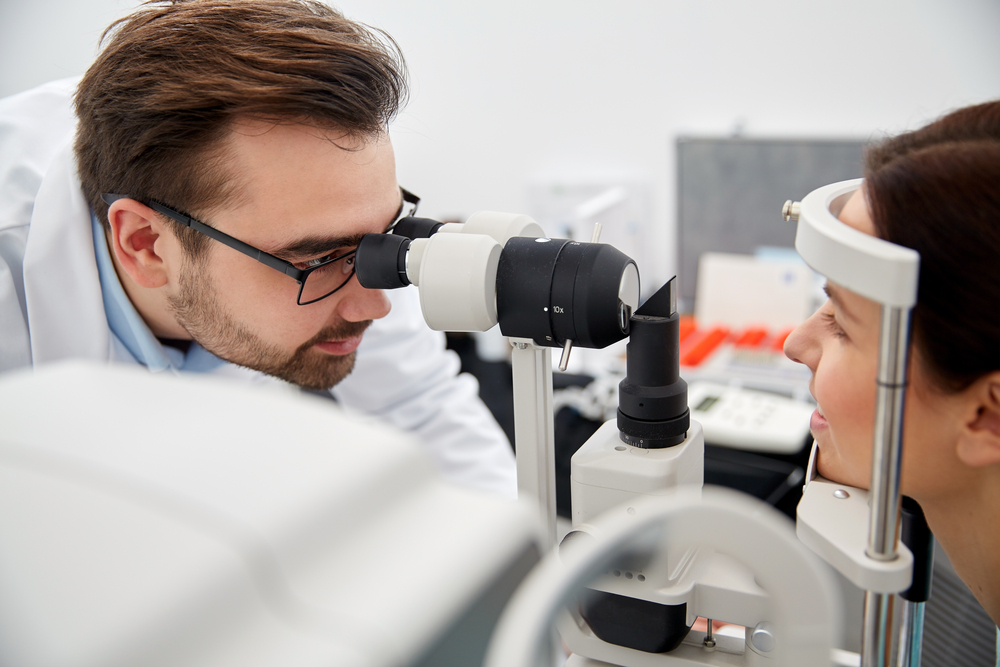 For most of us, our eyesight is vital to how we function. There are plenty of people who are born blind or who have gone blind that function perfectly well without their vision, but most of us find the idea horrifying given the amount of work it would take for us to feel we would be fine again. It would be nice to assure people that their eyesight would go relatively unchanged until the day they die. There are plenty of things that can make this not so though. Various conditions exist that can gradually or rapidly degrade your eyesight based on how fast they progress. Cataracts are just one of these potential conditions though. Their potential does increase with age as well. This makes it something we all have to consider the older we get. But what causes them? Let’s take a look into cataracts and their treatment so you can have a better understanding of all the factors involved.

Cataracts By The Numbers
There are several kinds of cataracts that can each affect people at different points in their lives for separate reasons. For instance, congenital cataracts are ones that people are born with or that they develop early on. This leads to people having to deal with the symptoms at a far earlier age than most. Fortunately, they are relatively easily fixed. All other cataracts are defined by the area of the lens that they affect. Posterior subcapsular cataracts are ones that affect the back of any eye’s lens by gradually blocking the ability of the eye to perceive light. This can lead to a number of vision abnormalities when dealing with bright light. Nuclear cataracts affect the center of the lens and tend to be a bit less obvious in their symptoms. They can be mistaken for simple nearsightedness until the lens begins to change color with time to take on a yellow of brown coloration. Cortical cataracts start at the edges of your eyes and gradually turn the lens white. The primary symptom for these is associated with difficulty with light and glare. All of these hurt your vision, but they have reasons they happen.

What You Can Avoid
As stated earlier, age is a big risk factor when it comes to getting cataracts. This isn’t something any of us can avoid yet, but there are plenty of factors that you can avoid to give yourself a better chance. Most of them revolve around leading a healthy life. Try to eat a balanced diet and get appropriate exercise to maintain a healthy weight and avoid diseases like diabetes. Both are linked to an increased risk of cataracts. Similarly, cut smoking and drinking out of your life. A drink now and again won’t hurt you, but drinking a lot of alcohol regularly can hurt your chances. High blood pressure, an issue associated with the previous two hobbies, has also been linked to an increased chance of cataracts. In general, it ends up boiling down to the same kinds of things that people normally expect when trying to avoid an age-related illness: take care of yourself or expect troubles.

What You Can Do
Unfortunately for anyone who dislike surgery, that is generally the only effective and embraced way to treat cataracts. The lens of your eye is damaged when you have cataracts and needs to be replaced. Having cataract surgery is a comparatively painless process compared to other surgeries though. It involves the physical removal of your eye’s natural lens and its replacement with an artificial one. This doesn’t take much time and recovery is seldom any large issue with the biggest troubles being a potential for a little bleeding or infection. Both of those risks are easily managed. Recovery takes two to three months, but after that, you will generally be perfectly fine beyond needing to maintain routine eye appointments to ensure your eyes remain healthy. In short, there are far worse outpatient procedures that cataract surgery.

Cataracts aren’t the end of the world or your sight. They are simply one of those annoyances associated with growing older that turn up now and again. The various forms of cataracts are all easily managed and tended to with a simple outpatient procedure with a minimal chance for complications. It can be a little annoying until you get the cataracts treated, but the annoyance, along with your lens, will vanish post-treatment.