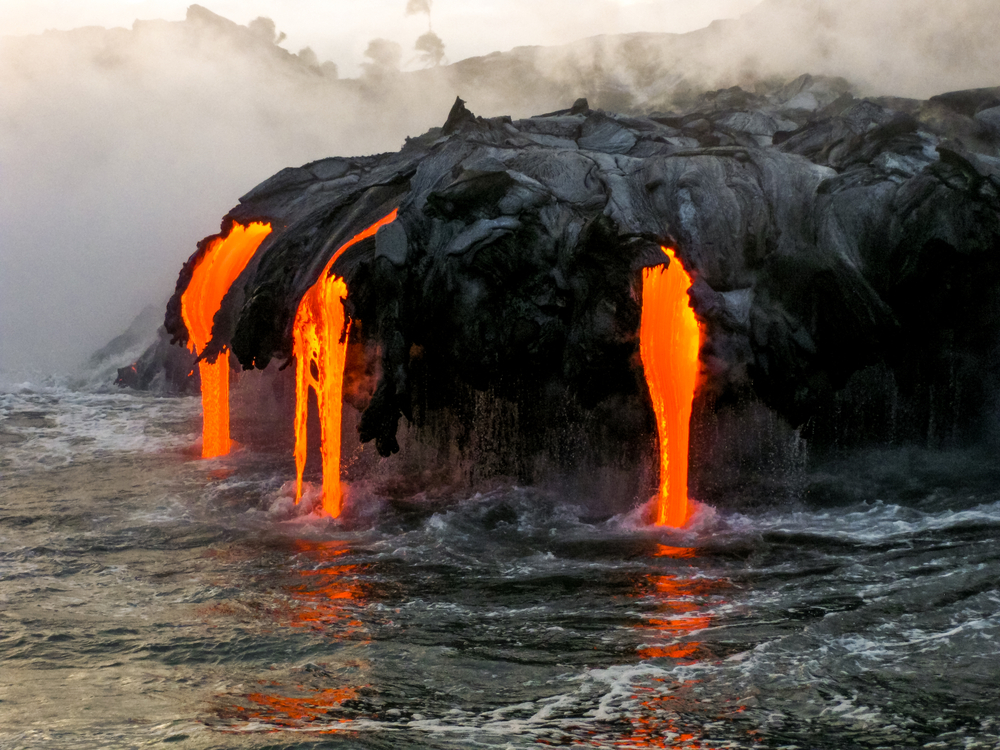 Hawaii may have a reputation for being a tropical paradise, but it is also well known for its volcanoes. The islands themselves were formed by the various volcanoes in ages past. Some are dormant, but there are still so decidedly active volcanoes left in Hawaii. Kilauea is probably the most active volcano though. Volcanoes conjure to mind the ideas of mass destruction and fire everywhere. It is true that eruptions are one of nature’s more destructive acts, but Hawaii seldom sees the cinematic kind of eruption. In most cases, the eruptions appear as lava flows around the volcano as it lets off pressure. These flows are something you may want to see while visiting Hawaii as they represent the beauty and danger in nature. But what makes lava itself flow?

The Molten Heart of the Issue
The clearest and simplest answer to this is simply the fact that molten stone is a liquid. It isn’t a traditional liquid in the same way as water, but it isn’t a solid state of matter anymore. Pressure and heat within the Earth’s crust crush and melt rock until it becomes molten. This liquid, known as magma, moves beneath the Earth’s surface according to the pressures of tectonic plates and where there are places for the Earth to vent that pressure: volcanoes. Volcanoes are the Earth’s valves for letting off the intense pressures of the crust. It can come out in a lot of ways as a volcano, like the larger Earth, is also subject to pressures from the magma it contains. This can lead to catastrophic or simple eruptions depending on local factors.

Venting The Pressure
Most of the time a volcano will start by venting pressure out through weakened rocks around it and thereby creating vents. Gases and magma, now called lava since it is on the surface, are vented out to keep the pressure in the volcano. This is part of how volcanologists, scientists specializing in volcanoes, can have a rough idea of when or if to expect a large-scale eruption. Vents and lava tubes form the bulk of the places where you can see lava flows in Hawaii. Vent formation, in particular, is what makes living in an area around a dormant or active volcano an interesting experience. Most of the time it may seem fine, but then there is a day when lava is suddenly where your living room used to be. Fortunately, many of the volcanoes of Hawaii have established vents with limited ranges unless one of the volcanoes is actively erupting.

The Aftermath
Lava flows are beautiful and dangerous even as they reshape their environment. The heat of the lava does only last so long once it has left the Earth though. Hardened lava flows eventually form fields of volcanic rock. This is actually to the advantage of people as the surface lava hardens first and the flow can remain beneath. It does make active lava fields particularly treacherous though. These sub-surface lava flows are known as lava tubes. Some of these eventually become extinct and leave otherworldly tunnels beneath a lava field that can be explored. Most of the time it is best to stick to looking into a tube carefully under the guidance of a professional though. This will still give you a sense of how the molten rock reshapes the area around people without putting you in any true danger.

Lava flowing makes perfect sense due to it being a liquid. Gravity affects it as assuredly as it affects water. This is why Hawaiian lava flows typically head directly towards the sea. Some speculate that this may lead to some to Big Island getting even bigger of the course of history, but that isn’t something that you will necessarily be around to see. You can go see lava meeting the water at least some of the time and the slow process by which new land is formed.