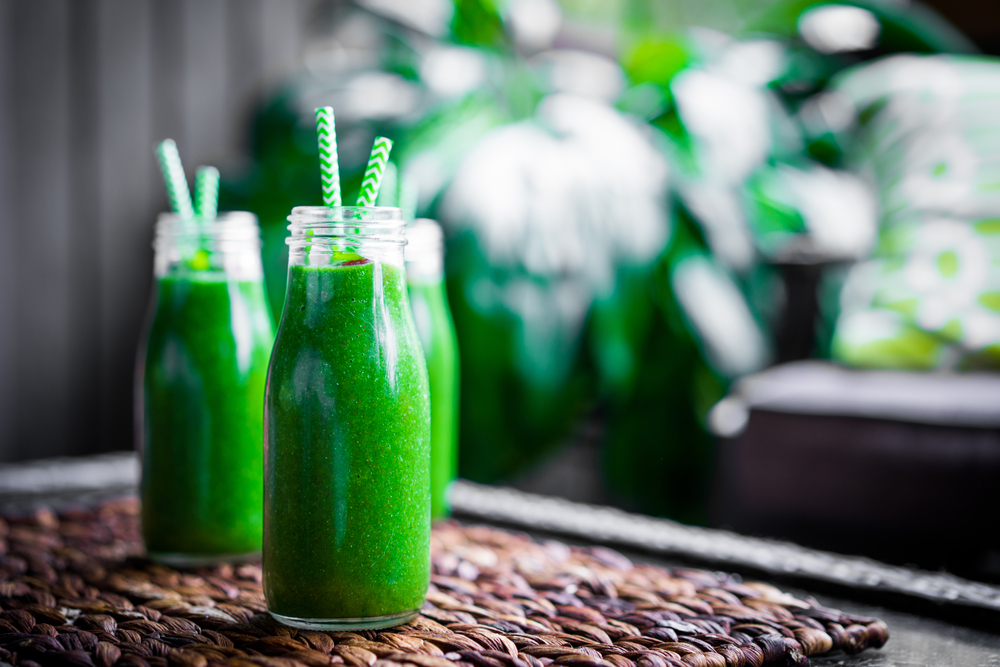 Trends are sometimes trends for a reason, but sometimes they’re ultimately useless. One health and beauty trend going around at the moment is green smoothies. These concoctions promise to provide all your nutrition in a more or less liquid form and make it easier to eat the most healthy yet least desirable greens. They’re spreading so fast it is providing new business opportunities for adventurous people wishing to get in on the health trend and help people improve their health. Many are likely used to the fact that plenty of health trends and fad diets appear routinely and who they help seems to be relatively random instead of universally good. We’ll be taking a look at the pros and cons of green smoothies so that you can have an informed opinion about them. Interestingly, they have a lot in common with the juicing trend.

To Your Health
There’s no denying that a green smoothie can be utterly perfect when it comes to providing an extra boost to your health. Kale, spinach, and other vital greens can easier be incorporated into such a smoothie for both texture and taste. Those of us less inclined to eat our greens can readily have the taste of the less favorable green covered up with the addition of fruits or flavoring to help provide a tasteful medley throughout the entire smoothie. These drinks are actually better than juicing too. Smoothies provide access to the majority of the fiber and nutrients available in the raw foods, unlike juicing, and as a result, can provide a greater benefit due to people process more of the ingredients. Even better, it makes all of these foods readily portable in a cup so that you don’t need to worry about carrying a plate…just carry your thermos.

Unknowing Problems
The convenience of green smoothies and their benefits are ultimately intertwined. People tend to make green smoothies by blending the raw ingredients together after a little prep instead of simply the juices. The excess of fiber, in particular, can play havoc with your digestive system. Your body does need a routine amount of fiber to keep digestion health, but an excess of it can cause indigestion and other issues quickly. People also don’t really consider what they’re mixing every time. This can lead to an overabundance of foods that, in large quantities can impact your health negatively. Furthermore, green smoothies aren’t something your body actually expects you to be consuming. You should always be aware that your hunger and whether you’re actually full are not aren’t linked quite so thoroughly as you might think. Your food needs to trigger the release of satiety trigger in your brain to make you feel full. The ability to drink a smoothie and the lack of chewing can lead to your overdoing it on a smoothie by consuming too much.

Is It Worth It?
In many ways, green smoothies suffer from similar problems to juicing. Blending the ingredients together can let you get part of a healthy diet easily. It isn’t as good as the raw food though. Your body knows how to handle raw foods better than it does a cocktail of fruit and vegetable matter all in one glass. The fruits also run the risk of making the green smoothie so sugary that it overrides other health benefits you might receive by introducing far too much sugar into your body. In short, the smoothies at once encourage people to be conscious about what they put into their bodies and encourage them to be less aware. Green smoothies aren’t inherently good as part of encouraging eating healthier, but they also aren’t inherently bad because of any of their issues. You simply need to indulge responsibly without trying to replace your entire diet with them.

Green smoothies, as a trend, are about as useful as juicing is for most people. You can’t entirely remove part of your diet this way. People need to eat as their body expects to keep all of their internal systems in working order. Your body understands food your great-grandparents would recognize as food far better than other forms of food. You should certainly consider a green smoothie if they need to skip a healthy meal or two during the week, but remember that everything should be in moderation.